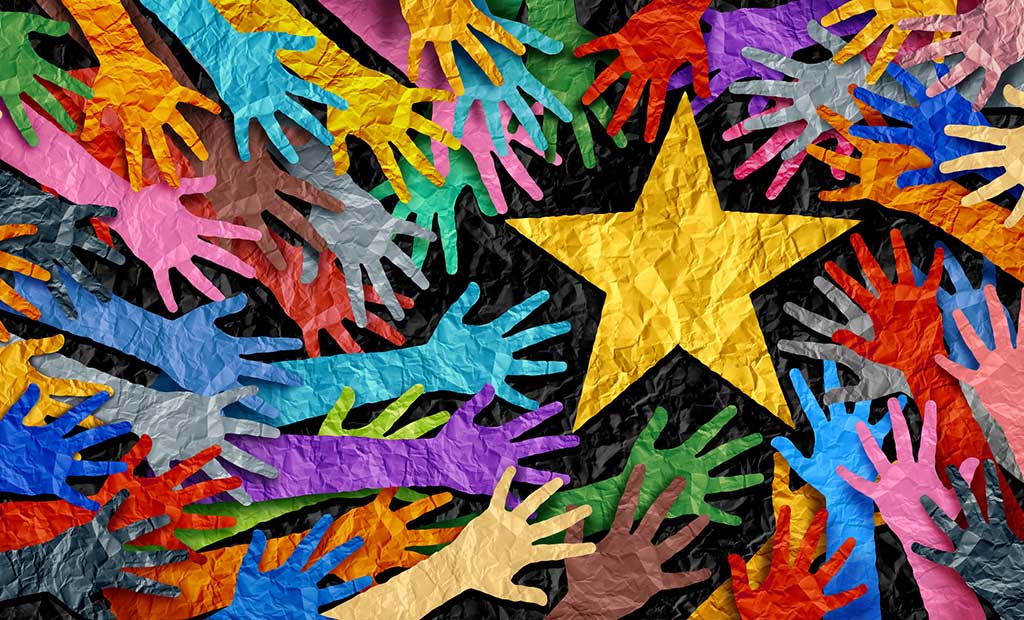 'After funding a new outdoor path for the school, our PTA wanted to purchase something a bit more fun! We loved the idea of a circus, and the head suggested holding it on the first day back after the summer holiday as a surprise. We thought this excitement on the first day of term might dispel some of the nerves, especially for new children. We booked Circus Sensible, and split the cost 50/50 between the school and the PTA. Everyone was sworn to secrecy!

On the first day of term, the "Baby Big Top" was erected on the school field, in view of the entrance gates so that children would see it as they arrived. Circus Sensible ran an hour-long show in the tent, followed by workshops throughout the day. There was also free play where children could try all the circus equipment, including diablos, stilts and spinning plates.

Our school is a Quaker school, where a large part of the ethos is about community and building friendships. Inclusivity is essential to us, which is why the event was held free of charge and in school time. The children were amazed and talked about it for weeks afterwards!'

'Our head suggested holding a book-swap breakfast as part of World Book Day. It didn't take a lot of organising. The PTA was responsible for the breakfast, and spent around £20 on ingredients. Asda kindly donated over 100 brioche rolls plus orange and apple juice; Tesco donated a lovely selection of fruit and bottles of milk; and a local business called Grainger's donated a fruit hamper.

The teachers organised the book swap. Children were asked to bring in books on set dates before the event in exchange for a token. Books were then sorted into reading levels, and children could swap their token for a new book during the breakfast.

Because of the generous donations, we were able to charge just 50p for the breakfast. KS2 pupils could come alone, while KS1 children had to be accompanied by a parent or carer. There was a lovely atmosphere and the event really brought the school together.'

'When I joined the Friends of Downs Junior, I wanted to give the children a creative opportunity involving something they wouldn't be exposed to as part of their normal school day, so I started a film competition.

The first time we ran it, I went to the school assembly to speak to the children and show some short films. I then stood in the playground with a sign asking people to come and talk to me about the competition. In subsequent years it has been easier to whip up enthusiasm because we already have the previous years' winning entries to show.

We ask entrants to make a film up to two minutes long and offer five categories: animation (which attracts the largest number of entries), drama, comedy, documentary and other. The technology is very different from when I was growing up – anyone can shoot and edit a short film using a smartphone and a range of apps.

Around 120 children enter the competition each year, and we often get more than 50 films. People enter as family groups and friendship groups and often as a mix of years. We always use external judges working in the creative industries. We've had a documentary director, a TV writer and a lecturer from Brighton Film School, to name a few. Winners are chosen more for their ideas and dedication to filmmaking than for the perfection of their films.

Our local cinema, The Duke of York's, shows the five winning entries, five runners-up and a few other highly commended films one Saturday before its weekly Kids Club. Everyone who gets their film shown gets free entry that day. We also hold an event at the school where we hand out Oscar-style statuettes, chocolates and medals. We show all the films and have a red carpet and a photo booth. People talk about the film competition for weeks afterwards.'

'We wanted to mark the end of the school year and thank parents for their support. Having tried a school disco, which ended up with all the kids out on the field playing, we came up with the idea for our "Fun on the Field" event.

The event started straight after school. Parents arrived at pick-up with picnics and blankets and we headed straight onto the field. Our PE provider brought along four different inflatables plus staff, which cost us around £400 in total. We sold drinks, sweets and ice cream too. The focus wasn't on making money but on coming together as a school community to celebrate the fundraising year.

We also invited the children who would be joining the school in September, and this was a great way to get new parents involved with the school community. It was also a lovely way to say goodbye to our Year 6s before they moved on to secondary school.'

After ten years on the PTA, fairs and fundraisers had become staples in my calendar, and I was sad to say goodbye when my children left the school.

I wanted to leave the school a final gift. I wracked my brains for a suitable idea, and inspiration struck when I suddenly remembered the bags of school uniform left over from our last second-hand sale. They were too stained to be given to charity, so I decided to turn them into 50 metres of recycled bunting.

I set to work cutting out triangles from the different garments. As I pinned and stitched, the hours flew by. I can’t tell you how long I worked, but I made my way through an entire audiobook and a variety of films on Netflix!

When I handed my uniform bunting over, I had one condition – that it wouldn’t be kept in a box and only brought out for special occasions. So when I saw photos of my little flags hung around the library and the classrooms, I was delighted to see it had brightened the school just as I’d intended.

Sometimes I stop and think of the red and white bunting hanging at the school. I imagine the teachers as they walk by. Perhaps they pause for a moment and say to themselves: ‘I remember that Mrs Presswood from the PTA!’

'In our PTA, we always say that if you can be anything, be kind. So two years ago, we decided to put our words into action. We started an initiative called the ‘kindness cup’ to boost inclusivity at the school. It’s a way for parents to pay extra so that another child can attend an event or trip they might not otherwise be able to afford.

We’re mindful of families’ different financial circumstances when we plan events, but sometimes charging for tickets is unavoidable. At times like these, the kindness cup can help.

It’s not a real cup – we collect extra cash donations which we store in a safe until we have enough to give to the headteacher.

The kindness cup is advertised in the school newsletter so that every parent has access to the information without having to ask. We phrase it along the lines of: “If you can pay more, the kindness cup enables you to do that.” This places the emphasis on the giving, rather than the receiving – we don’t want anyone to feel embarrassed. We make it clear to parents that they don’t have to pay for a whole extra ticket. Donations of any size are appreciated.

The money is collected and passed to the headteacher, who distributes it to the families in need. None of the PTA know who receives from the kindness cup – it’s not our business.'

‘With the school closed during lockdown, we were looking for new ways to reach out to the children to let them know we were thinking about them. Melanie Meadows, parent governor and chair of the Friends of Burnopfield, suggested we buy a teddy bear for every child to keep them company. We thought it was a great way to support the children’s wellbeing and hoped the furry friends would bring comfort until we could all be back together.

We purchased the bears from school-bears.co.uk and asked them to add our school logo. Our 390 bears cost £1,300.

When they arrived, I placed them in rows in the school hall as if they were having an assembly. I took photos and posted them to our social media pages with this message: ‘Something "beary" exciting is happening at school today... we have some new pupils who are very excited to meet you all. There is a "Buddy the Burnopfield Bear" for every one of you, to keep you company until we are all back together.’ Staff then took cheeky photos of the bears all around the school.

We gave the children who were in school their bears to take home straight away. Staff living nearby delivered some to the children at home, and parents collected others at allocated times.

The Facebook post was unbelievably popular. We've had close to 1.4 million views and 4,700 shares, plus messages of support from all over the world!

The positive impact on our school community has been immeasurable, and the feedback we received from parents was overwhelmingly positive and grateful. The children loved the bears, and we received lots of photos of them together.’

‘Like a lot of children, my daughter Freya found herself at a bit of a loose end during lockdown. She had been looking through her Brownie Badge Book at the interest badges she could work towards, and really liked the idea of doing her charities badge – we just weren’t sure it would be possible with so many restrictions in place.

Once Freya realised her school PTA, Moorside Friends (known as MOORFS), was struggling to raise funds, she was determined to help out. Her dad is a keen cyclist, and she also enjoys riding her bike, so we alighted on the idea of a sponsored bike ride. Freya, who was only seven at the time, set herself the target of cycling 68km – one kilometre for each day of school she had missed. She completed her challenge in two weeks in September, by cycling around Lancaster with her dad at weekends, to and from school, and also cycling from Lancaster to Morecombe – a 15km round trip.

Freya collected sponsorship through a GoFundMe page, which we publicised on Facebook. MOORFS and the school shared the details on social media too. Once Freya’s challenge was completed, her teacher, Miss Cooper, awarded her with Star of the Week, and MOORFS arranged for her to be presented with a certificate and a trophy. She deserved it, as she managed to raise £614.’

Join in the conversation