Looking for some summer term inspiration? Browse these fundraising ideas and see what suits you. 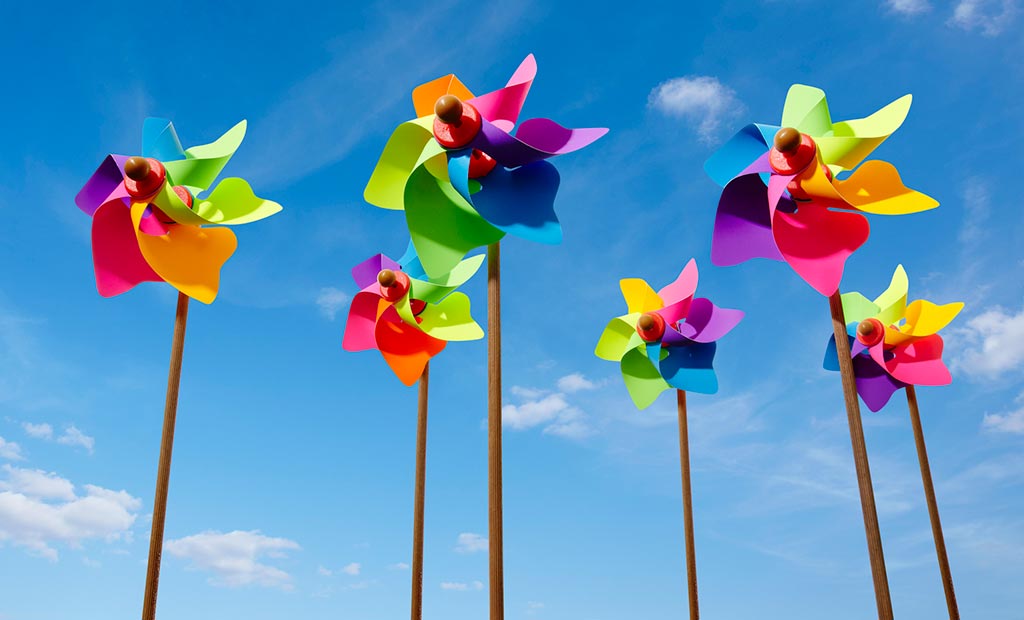 Aside from the summer fair, the summer term is still an excuse to run some fantastic fundraising initiatives. If you're in need of some inspiration, here are just a few of the great success stories that PTAs have shared with us...

'One of our committee did a bit of online research for 'tuck' style initiatives, and as we were heading into the summer term, she suggested 'freeze pop Fridays' as one of our fundraising schemes, selling giant freeze pops to pupils in the playground after the bell on Fridays. We checked with the school if there were any tuck guidelines/restrictions to follow but since they would be sold out of school time there were none, as it would be a personal choice to buy or not. We researched a range of suppliers and we decided to sell them for 25p each. Committee members with large storage freezers in their garages kindly stored the bulk supply, and we transported it to school ten minutes before the bell in large cool boxes. The bulk boxes contained five different flavours and we found some were more popular than others, so we topped up supplies a couple of times during the period (in the last few weeks we sold the remaining flavours only). We shared serving duties over the weeks, with the sales only lasting approximately 20 minutes. Sometimes the older pupils or our own children helped out too. To manage the rush of sales, we had two people serving and one person cutting tops off. We managed to raise £186 over a couple of weeks - not bad for a school with 150 pupils.'

'The Amberley cow hunt was originally thought up by a few of the Amberley mums as a small village event to fundraise for our school, as well as celebrating the annual release of the cows onto the surrounding National Trust Common. Cowboys, cowgirls and their families buy a trail map to hunt for the 'dressed up' cows and stop at the vintage tea tent we have for refreshments en route. The whole school community puts a lot of effort into the cow hunt each year. The children love deciding on the names for the cows and dressing them... we've had Burglar Bull, Moobot (Mo Farah), Sugar Plum Dairy and Moodusa, among others! The cow hunt has grown over the years with around 2,500 people following the trail. We were baking for days, but raised an incredible £7,500 - that's a lot of map, tea and cake sales!'

'The Garden Trail has run for the past 23 years - last year we amassed 28 gardens, which all featured in a brochure given out with tickets on the day. Our team is made up of ten parents, who take on the bigger roles, such as organising the brochure, selling advertising and recruiting garden-owners. We also have a sign-up sheet for those who can help with cake baking, setting up the marquees, serving refreshments, and so on. Each year a member of staff asks villagers if they will support us by opening their garden to the public one Sunday in June. The majority of participants have been a part of the garden trail for many years. People also approach us offering to show their gardens - some run games for the children or sell refreshments, too.

The same brochure template is used each year, and one of our team works at a printing firm, so prints these for us. We sell advertising space to local businesses - this is all organised by two members of our team, though most are repeat bookings. Businesses include local pubs, garden centres and caterers, and we charge £10-15 per half page.

We start publicising the event in January, sending out a press release to the local newspaper. Two weeks before the event we put up flyers and posters in local shops, pubs and tourist attractions. We're supported by a local estate agent and use their promotional boards. Social media is also very useful.

We sell tickets at the school, charging £6 per adult, with free entry for children. The trail starts with our own School House Garden, where people can visit stalls and enjoy refreshments. We invite the National Trust, vintage ice-cream sellers and local craftspeople to hire a stall for £10-15 each. Our visitors can then continue following the trail - it is numbered but people tend to visit the gardens in no particular order. Most are within the village itself, and a local farmer gives up land for additional parking, so that visitors can get around by car if need be.

Feedback is always extremely positive and everyone pulls together, which is a great boost for the village. The event's success is down to the dedication and talents within the community - villagers, school staff, families and friends! On average, the event raises around £5,000.'Nicola Schulz, event organiser, Fletching CE Primary School, Fletching, East Sussex (85 pupils)

'We have 360 pupils and a large field, so we invited families to pitch a tent on the school field. The event ran from 2pm on Saturday until 10.30am Sunday. We worked out how many tents we could accommodate and asked families to prebook pitches for £15 per night (per family). Those who wanted to join in but weren't keen to camp could just come for Saturday, at a cost of £10 per family (or £3 per person). To keep things simple, and to keep the work for volunteers to a minimum, we decided not to run a bar. Included in the price was afternoon tea on Saturday (with donated cakes) and hot chocolate and marshmallows at 9pm. There were games in the afternoon - football and rounders. We did not allow personal BBQs or stoves, but had a BBQ on Saturday evening and provided a cooked breakfast on Sunday morning (using the school kitchen). We charged an additional cost for these. Parents signed up on a rota to help serve food. We are lucky to have support from teachers and the caretaker, who joined in the festivities and stayed on-site. The gates were locked at 10pm, but the caretaker was right by the gate in case of an emergency. We had access to the school toilets. Just like proper camping, people bought their own camping chairs and tables, and we set up washing-up stations, which was very sociable! It was a fantastic weekend and we were fortunate with the weather. We did have a contingency for rain - if the forecast had been a washout we had another date in reserve. If there was a little rain we could have moved some activities into the gym and hall. We raised over £1,000 and it was so popular that we're doing it again this year, but with an earlier start and a later finish.'

'Being a very small school of only 50 pupils, fundraising is always a big challenge for us. For the past few years we have organised The Big Breakfast, which draws in the whole community and has become a village favourite. We usually serve up about 200 breakfasts cooked on an enormous barbecue and an array of camping stoves (full English with all the trimmings). Many people bring their newspapers and all generations sit around on picnic tables in the playground reading and chatting. Last year we held the Big American Breakfast on Independence Day. The children made flags, bunting and organised Wild West games using 'fake' dollars. We served up over 200 delicious breakfasts of pancakes, maple syrup and real coffee (which proved to be a great success) and we raised nearly £600. It is our biggest fundraiser of the year.'

'The Dragon Boat event at Bewl Water takes place every year and attracts hundreds of people over the two days. It's a fun day out and raises thousands for charity. We entered two boats, known as 'The Sevenoaks Scullers'. We had 34 members consisting of parents, teachers and TA's, our headteacher, school governors and SPSA members. It costs £300 to enter each boat and we raised sponsorship from Antwis Engineering and Tullett Prebon, money brokers. Funraisers (the organisers), stipulate that if you enter a team you must raise £2,000 for your nominated charity. There is a prize for the team that raises the most money, and other prizes including the best fancy dress. We use the Just Giving website and last year we raised £6,000 for Sevenoaks Primary School, which was a fantastic achievement. We also achieved a very credible ninth place. This event is great for getting a different set of people involved in our fundraising efforts, especially Dads! It is also something completely different from our usual events.'