How to bring the parents and adults of your school community together while raising funds! 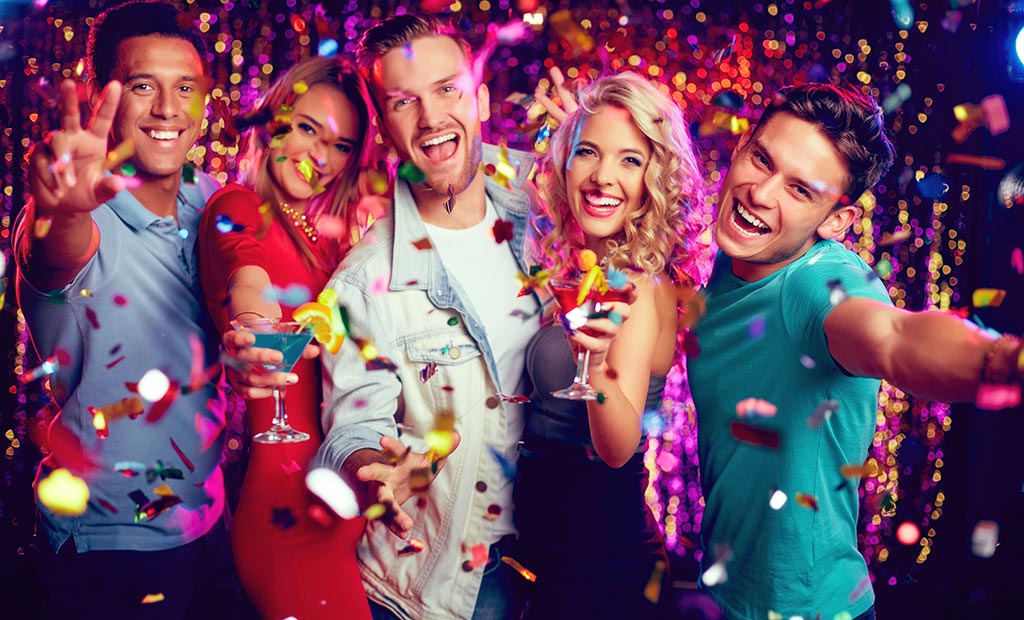 While fundraising is a key part of a PTAs function, building a sense of community and encouraging parents to come together at social events is equally rewarding for all. And if you can make money from your social event too, then everyone's a winner! Here's our pick of your success stories...

'Our PTA decided to organise a parents-only fundraising evening and agreed on an '80s quiz and disco. One of our committee members knows a quiz night organiser who was happy to host the event for us free-of-charge.

We sent out 'save the date' flyers via ParentMail, followed by a 'tickets on sale' announcement two months before the evening. We used our Facebook page and the school noticeboard to promote the event. We sold 60 tickets priced at £10 each.

The doors opened at 6:45pm and the night finished at 11:30pm. We put up decorations to add to the atmosphere and served up '80s nibbles including pineapple on sticks and retro sweets. Most people joined in with the theme and we had some great outfits - even Freddie Mercury made an appearance! We applied for a TEN so we could run a bar. A local wine shop supplied alcohol on a sale or return basis, plus free wine-glass hire, and we bought plastic glasses for beer.

First, we held the music quiz, with a bottle of wine each for the winning quiz team and booby prizes of retro sweets and fun-size Rubik's Cubes for the losers. Afterwards, everyone let their hair down with a disco. It was a fun evening full of dancing and great music - everyone loved sitting on the floor for Oops Upside Your Head! We held a raffle to add to our profits, with prizes donated by parents and several local businesses. We raised a total of £902.89, which we put towards an outside studio for the school.'

'We wanted to run an evening event for parents. Two of our members had seen Wayne Dilks (Stars In Their Eyes 2002) perform live and recommended him - the idea of a 'Club Tropicana' night was born!

The PTA decorated the bar area with a beach theme, complete with a driftwood sign and paper palm trees. Each table had a vase of exotic flowers and was name after a Wham! song title. We served a buffet as well as alcoholic or non-alcoholic Club Tropicana Punch (served with fruit and cocktail umbrellas) and canapes.

Wayne Dilks (or rather, George Michael) was the entertainment for the evening, with a disco after his set. He was fantastic! We raised approximately £1,400 from ticket sales, the bar and raffle. If other PTAs want to run something similar, I'd say that having a theme made a big difference to our success.

If we ran this event again, we would definitely seek the advice of someone with catering experience - we massively overcatered on both food and cocktails, resulting in waste and money spent unnecessarily.

The event was successful because of a number of things, but the belief and enthusiasm of our PTA meant it wasn't hard to sell tickets - we all put in an awful lot of effort and went the extra mile to make it special.'

'We charged a nominal fee to cover set-up costs and showed the karaoke version of Mamma Mia (2008). With a well-stocked bar, a great night was had by all, including the four men acting as barmen for the evening. We made £500 profit and we have already been asked when the Friends will be running the next film night!'

'Last May we held our first race night. Alongside the races, we held an auction and a raffle. We 'bought in' the race night and the auction was a mixture of items and 'promises': signed photos, tickets to local events, an hour's legal services and the opportunity to be headteacher for the day.

The race night was a great success, not only financially but from a social aspect too. It brought people together who don't normally come to PTA events and everyone who attended had a great time. From the PTA's point of view, having a company to come and run the night was fantastic. We were a bit anxious if this would pay off as there was an initial outlay of £300, but as soon as the night was underway we realised it was money well spent. It took away all the anxiety of working out the totes/payouts/setting up the equipment and running the races. The compere had a variety of tactics to get more out of the crowd and get them geegeed up! We are already planning our next one and are looking forward to it being an even better success than the first. We made a whopping £1,500 profit in just one night!'

'This was an event for all the family. Local musicians the Skirrid Ceukudh Band provided the entertainment with their rousing blend of acoustic and electric instruments playing traditional jigs, reels and waltzes, which got everybody on their feet. A hog roast supper ensured everyone had enough energy to see the night out and we also provided refreshments. We had 10 people helping to make sure the night was a success for all 179 attendees, and we raised £837!'

'We wanted to combine fundraising with offering new social events for families, so to mark Mothering Sunday we decided on a pampering and shopping evening just for mums. The event had over 20 stalls selling jewellery, cosmetics and gifts as well as offering mini massages, reflexology and bra fitting. The ticket price of just £3.50 included a glass of wine, nibbles and a raffle ticket. 'Ladies Night In' was a huge success - partly because of a modest but very presentable profit of £400 - but much more so from the social angle; with a great atmosphere and lots to look at, mums, grandmas, aunts and friends obviously enjoyed the chance to shop, relax and chat over a drink or two'.

'We organised a quiz night for the school and local community. To attract as many quizzers as possible, the event had no age limits, meaning everyone could join in. In addition, everyone was encouraged to bring their own wine to fit with our 'wine and wisdom' theme.

On the day of the event, we arranged table and chairs and borrowed wine glasses from a local off-licence. The entry fee was just £2 per person. Participants could create their own teams or just turn up and form a team on the night. The quiz consisted of ten themed rounds with ten questions per round. We encouraged teams to come up with a theme and decorate their tables; there was a small prize for best-dressed table. At the interval we ran a quick, additional fundraiser to swell our profits. We sold cloakroom tickets for £1 each. The winning ticket was selected at the end of the interval, with half the proceeds going to the lucky ticket-holder and half to the PTA. At the end of the evening, the winning quiz team was presented with a small trophy and the losing team was awarded the proverbial wooden spoon. The event raised £180.'