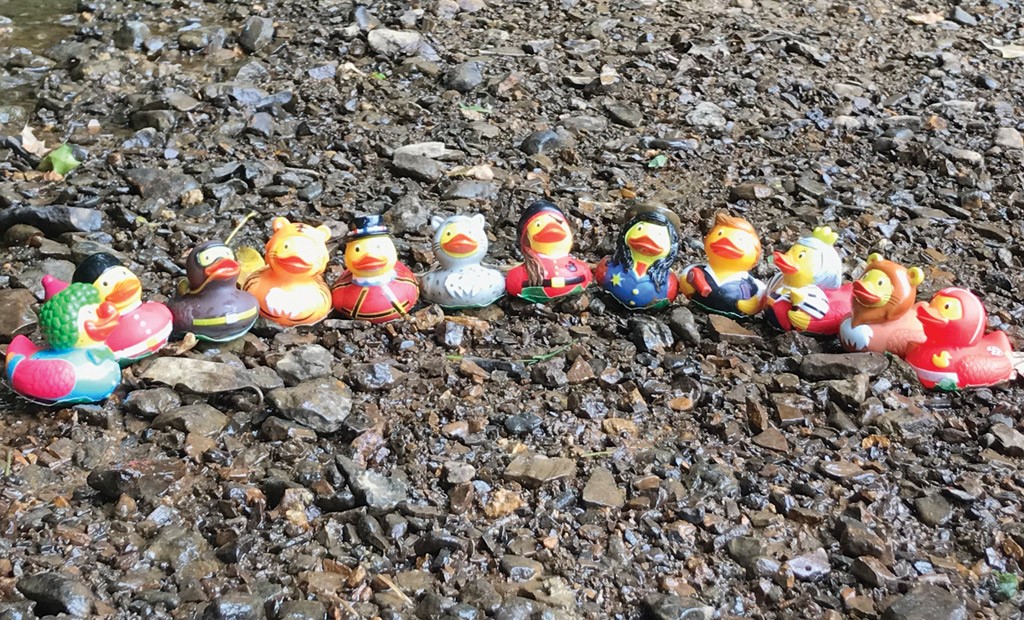 The school needed an event everyone could get behind; an eggs-travaganza that would provide a morale boost and return a sense of community to the school. But what? With a bit of vision, some creativity and a lot of silliness, we eventually found an idea that took flight – offering opportunities for puns and witty one-liners, a duck race fit the bill perfectly.

It all began when we bought 12 rubber ducks on eBay for £1. We gave each duck a name and a personality to match: the clown duck became ‘The Yolker’, a queen duck was ‘Elizabeak Wingsor’ and we called a female pirate duck ‘Captain Quack Sparrow’! We gave a duck to each class and asked the children to collect sponsorship using the DonateMySchool platform (now InvestMyCommunity). To add to the silliness, we concocted a story that the money was to pay for the ducks’ pre-race massages and sports coaching.

We also put together a sponsorship package for local businesses. Our ducks were photographed posing with a company’s products and we posted the shots on social media. We usually approach the same few companies for raffle prizes, but this initiative gave us more options, and its popularity spiralled. Soon we had businesses coming to us to ask how they could sponsor a duck.

In the build-up to the race, we plugged our donations page regularly on social media. Occasionally, we also shared the sponsorship leader board to show which duck was in the lead, which fostered some healthy rivalry. We sent home a funny leaflet about the race for the parents who weren’t on Facebook.

Due to restrictions in place at the time, we couldn’t invite a crowd to cheer our ducks on. So on race day, we took them to a local river and filmed their exploits. They got stuck a few times, and we had to wade in up to our waists to set them free. We made up a pun-packed commentary to read on top of the final edit, which the teachers played for the children at the end of term. The film created a buzz as the children cheered on their ducks with homemade banners.

We awarded ice lollies as prizes for the class whose duck raised the most money and the class whose duck won the race. Even better, the winners’ teachers dressed up in ridiculous duck outfits for the day. The children loved the silliness, and lots of the parents did too. We were all absolutely thrilled with the eggs-traordinary amount raised!