Make bunting and leavers' gifts from uniform that can't be resold 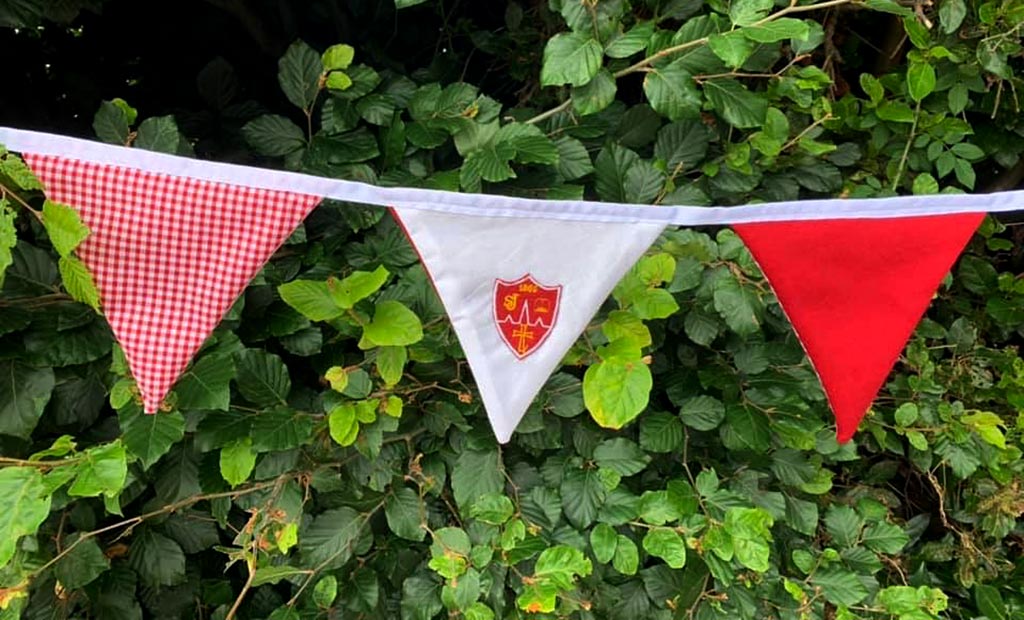 Sometimes outgrown school uniform isn’t in good enough condition to pass on or sell secondhand, but this doesn’t mean it can’t be reused. Unsaleable uniform can be turned into bunting or gifts, such as keepsake bears for Y6 leavers. It's eco-friendly, doesn't impact the PTA's precious funds and won't cause upset over your constitution.

‘Bunting is a quick way to create an immediate visual impact,’ says Klare Stratton, founder of Event Flag Hire. ‘It’s often made out of scrap fabric, so old uniform is perfect. Hang your bunting at eye level in swathes to achieve the best effect.’

Trudy Warren Farley from Milton Park Primary School in Portsmouth made school jumper bunting after the school decommissioned some of its uniform. ‘I knew many parents would still have old purple jumpers and wouldn’t know what to do with them,’ she says, ‘so I asked if I could take the jumpers home and use the fabric to make something for the Year 6 leavers. When I’d finished, I had a lot of material left, so I decided to make bunting for the school. I made my own templates, drew around them using tailor’s chalk and cut out the shapes with shears. Using a sewing machine, I added a zigzag stitch around the edges to protect them from wear and tear. Then I made binding using the collars and cuffs. The only things I bought were thread, acrylic paint and number stamps to stamp on the year.

I used purple and blue logo jumpers to represent the past and present of the school, as well as plain triangles, onto which I painted letters to spell out the school name. It took me about two weeks to make 55 leavers’ gifts and the bunting. The school and PTA were over the moon. It makes the school look so much brighter now that it is on permanent display.

‘It’s not necessary to use cable ties to hang bunting,’ says Klare Stratton. ‘It’s easier to tie it up with hemp twine using a slip knot – the perfect opportunity to teach the children how to tie one.’

‘We store our PTA jumper bunting neatly in a waterproof plastic box with a lid so it is ready for use at each PTA event,’ says Nathalie Dawson, PTA secretary at St James’ CofE Primary School in Cheltenham. ‘It’s folded one flag on top of the other so it remains dry, untangled and ready to pull out and put up!’ Patterns for memory bears can be found online, either as a free download or for a few pounds from a website such as Etsy. Bears can be made from any uniform fabric, and with a bit of careful cutting, can incorporate the school logo from the front of a jumper or polo shirt. Gingham from summer dresses works well as a contrast to a darker jumper colour, and if your school has a tie as part of the uniform the fabric could be used for paws or ears. Present them to Year 6 leavers, or sell through your school website or at events.