How one school overcame social distancing rules to raise over Â£5,000 with a relay event 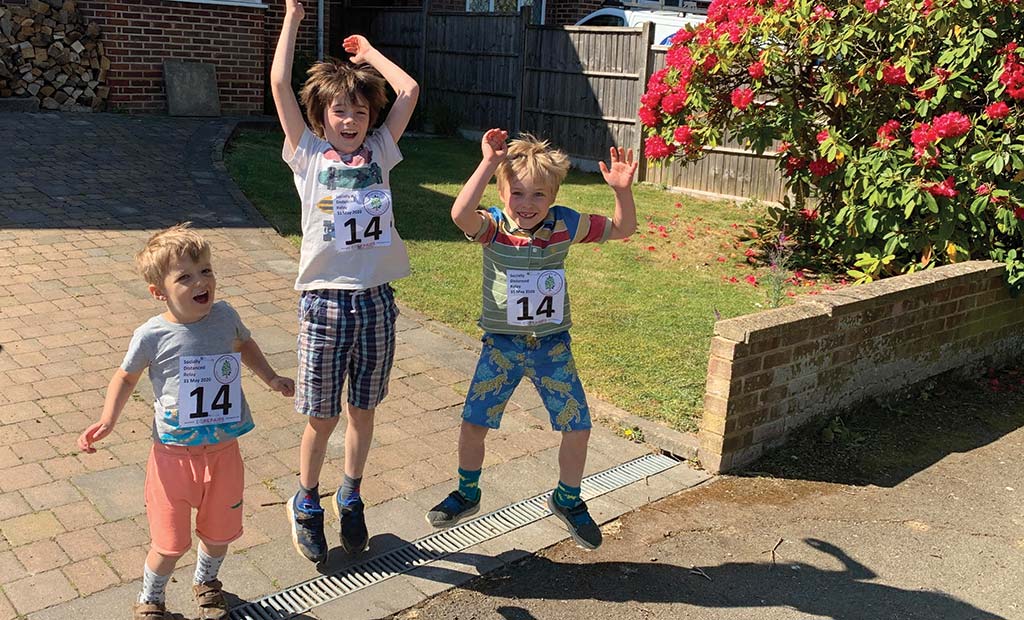 'After the first few weeks of lockdown, when PTA fundraising took a backseat, we started thinking about ways to engage the school community and, if possible, raise some money as well. We found the idea for a socially distanced relay on a Facebook group, and decided to give it a go, setting the date for 31 May – just two weeks away – as we were keen to do something positive as soon as possible. For the relay to be safe and manageable, we decided we should limit the running area to the catchment area nearest the school, and the number of legs to 50. We also decided it would be a nice touch to end the relay at the school gates. There would be no batons being passed – the next child would simply start running when the previous runner was within two to three metres of them.

I created a Google Form for parents to register their children, which also allowed us to collect contact information, addresses and permission for videos and photos. We also asked parents to consent to being included in a WhatsApp group for the event. To simplify matters for parents with more than one child taking part, we decided siblings should run together. We made it clear that every child participating would need to be accompanied or supervised by a responsible adult.

It only took two days for us to enlist enough children for our relay! I printed out a large-scale map of the area we planned to cover from Google Maps, and marked all the children's addresses on it. We had 33 relay legs that would be starting outside participants' homes, so we had 17 additional relay legs to fit in, to link the fixed addresses together. Much planning and re-planning later, I had a provisional route. I then plotted it on Map My Run to see how long the route was in total. Rather satisfyingly, it was exactly 10km!

We kept parents updated on progress and encouraged them to collect sponsorship for the event. We use Virgin Money Giving for donations and sponsorship, so each family was able to set up a fundraising page for their child, and promote it to family and friends. We also received £100 from a parent on behalf of his business.

The next job was to walk the route to see if it worked. Happy that it checked out, we shared the map with those taking part, along with a spreadsheet with each numbered leg described. We also shared the route map on our PTA's Facebook group and a couple of local community Facebook pages, so people in the neighbourhood would know what was going on and hopefully come out and support the children.

Each relay leg was numbered consecutively, from one to 50, and to help us keep track of progress on the day, we numbered the children too. I designed a runner number, and emailed one out to each participant, to be printed out and pinned onto their T-shirt on the day.

We were blessed with beautiful weather on the morning of the relay. Our PTA Chair and I met runner number one at the start, ready for the relay to begin at 10am. I broadcast the start of the relay on our PTA Facebook group using Facebook Live, then followed the progress of the children on WhatsApp and in person, where

I could, making sure I was at the school gates for the finish. We had all year groups represented, from Early Years to Year 6. Some of the children sprinted their leg, while others took a more measured approach. Between them, they ran the 10km route in 48 minutes.

The relay was a resounding success, and we received so many positive comments from parents and supporters afterwards. In particular, the Year 6 children and their parents were really thankful that they had the chance to take part in one last primary school event – something they'd thought could never happen.

I collected photos and video clips of all the children who participated, and edited together a video of the event. This was uploaded onto our Facebook group, and was also really well received, as it gave people a sense of how the whole relay fitted together and highlighted what an amazing coordinated achievement the event had been. The fundraising total was certainly something to be proud of as well, as we made an incredible £5,265.73!'