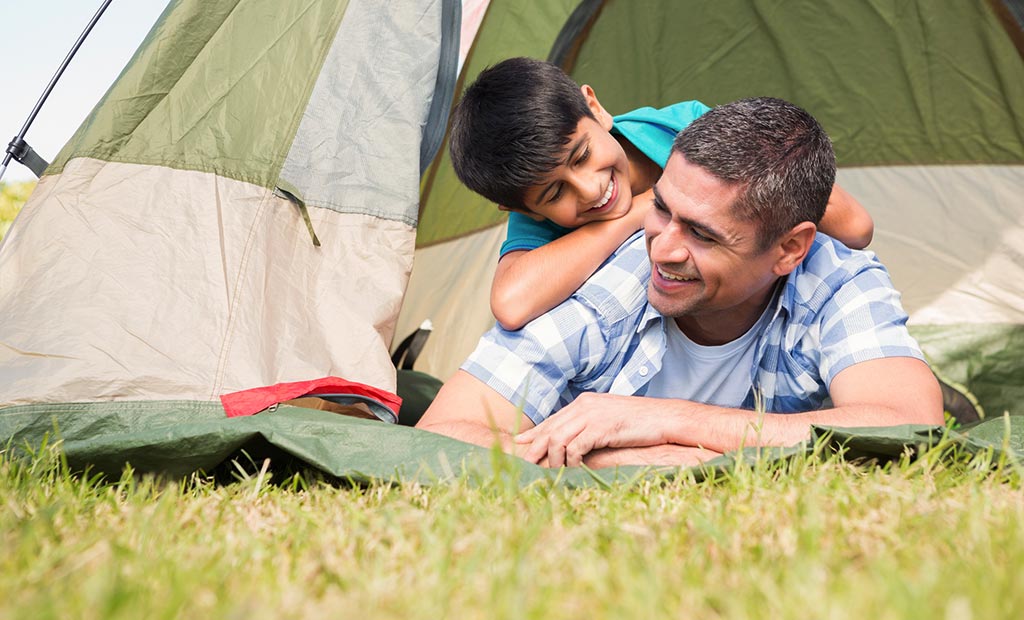 With Father's Day (and finer weather) fast approaching, what fundraising gems do you have in store for the men in your life? These PTAs share their stories...

'We wanted to put on an event to target dads, and the suggestion of a football tournament was welcomed wholeheartedly! We recruited a team of dads to represent each of the 11 classes in the school, and had two staff teams. We even discovered that the dads were busy organising training sessions and discussing 'tactics' over beers in the pub! We asked our school football coach, together with the team from Onside Sports Coaching to referee; 62 dads played and 326 people came to watch! Other parents offered their services – a personal trainer warmed up the teams, a local butcher provided meat for the barbecue, and three mums (who are physiotherapists) provided medical cover... it really was a community event! Each team was allocated a country and classes designed flags to support their dads. We provided music and commentary throughout, sold drinks, and a group of Year 5 girls ran a cake sale raising money for Water Aid. The winning team was presented with the champions' cup, with medals for each team member, Onside presented a "man of the match" award and a chocolate medal was given for "mum's man of the match". A total of £998 was raised. I couldn't recommend it enough, it really did get everyone together for a great afternoon of family fun!'

A secret gift shop enables children to choose a present for the father figure in their lives. Gifts could include chocolates or sweets, shower gel, socks, mugs and plants, or seeds to plant together. Invite children class by class to buy from the shop during school hours, and help them wrap their gifts ready to take home. If you want to make it more personal, how about turning it into a secret craft shop? Pupils can make or personalise gifts such as photo frames, cards, plaques or event biscuits.

'We crown a new champion at our golf event every year, who, amongst other privileges, gets the coveted green jacket! The winner always has their child's name tag sewn into the jacket, which adds a nice personal touch! As the winner of the previous event, it fell to me to organise the subsequent golf day; this ensures that we always have a "volunteer" to plan future events! We booked Lindfield Golf Club three months in advance, and sent out a golf day sign-up form via ParentMail. With about two months to go, we sent out reminders and began sourcing prizes. We confirmed final numbers with the golf club a fortnight before, leaving it to the week before to agree the four-ball groups and to send out tee times to players. On the day we collected any remaining money and gave out rule sheets. Tee times ranged from 10:30am to 12:20pm, with everyone completing the course within five hours. We had various prizes for: longest drive; nearest the pin; team/individual runners-up; and team/individual winners. Will Beck, a Year 1 dad, became the new PTA Masters' winner and received the green jacket. We raised about £1,000, under the guise of it being "for the kids", when in fact this is an excuse for dads to have a day out! We've run around 15 golf days now, so it's a pretty well-oiled operation in terms of planning. That said, provided you have an accommodating golf club and a bunch of dads who want to play golf, the rest is simply what you make it!'

Top tip: If Father's Day coincides with your summer fair weekend, how about hosting a celebration at your fair? This could be a dad's race, football friendly or craft activity they can do with their children.

To give dads and kids a chance to flex their competitive spirit, how about a challenge day? Invite them to compete in teams against each other, performing various tasks. These can differ depending on what you have available: use any giant garden game sets that you can lay your hands on; raid the art classroom for a creative challenge; or get your teams to design and build a tower from spaghetti and tape. Offer prizes for effort and creativity, as well as for the tallest tower.

'Our beer festival idea came from one of the dads – both he and the PTA secretary took on the challenge of organising the event. With help from two other dads, the team started planning the festival in the spring (for the end of September). The event was a huge success and the turnout totally surpassed expectations. The team had planned for around 300-500 people, but over 800 people visited the festival, held on the green in the heart of the village (some supplies did run out!). A special "Tatsfield Beer Festival" logo was created, which appeared on the marketing material and commemorative glasses. The event was designed to appeal to the whole family and with the fantastic fairground rides, an ice-cream van and face painting, the children had lots to keep them happy while the adults tried 21 different beers on offer from local breweries. The musicians all donated their time for free and performed brilliantly, giving the event a real festival feel. In addition to the barbecue, local food enterprises came along. With almost £5,000 raised on the day and all of the profits donated to the PTA, the event created a real buzz and community spirit. The team have already set a date for another festival next year!'

Holding a breakfast event for dads to come and spend time in school with their kids is ideal as it means those who have to work can still attend. Hold it on either the Monday after, or the Friday before, Father's Day. Lay on a spread consisting of bacon rolls, pastries, cereal, fruit, hot drinks an juice. Work out costs depending on what you're serving. Ask people to book their place and pay in advance to cover costs and ensure you have enough. Supply activities and games.

'The PTA ran the "Dads and Lads" camp following a successful camp previously run by the school. For health and safety reasons, we limited the field to 35 two-man tents. The council was contacted to check there were no implications (there weren't!). Only children from the school were able to attend and the dads were really enthusiastic! The camp was a sell-out in three days! We charged £5 per person and £10 per tent, including breakfast. Dads arrived from 4.30pm and were given a plot to erect their tent. After eating, the children and parents then went on to the playground to have some team races on an assault course assembled by the PTA dads. Afterwards, the children went into the school hall to rest on beanbags, watch a film and devour popcorn! On the back field our own 'Fireman Bailey' lit the cordoned off brazier and gave the whole experience a real campsite feel. Following the film, children went outside and had a torchlight story read by the head teacher. Little sleep actually took place during the night, and the following morning, 'mums army' were in the school kitchen at 6am cooking up a hearty breakfast! The event made a profit of £475 but in reality the value was so much more – lots of fun, laughter and happy campers!'

'We held a Willy Wonka-style chocolate competition for Father's Day. One of our graphic designer mums created four different chocolate wrapper designs, which we printed and used to re-wrap bars of chocolate. We hid five special "Wonka's Golden Tickets" between the wrappings of five bars. Those who found them won a donated prize. We purchased the chocolate bars for £1 each and sold them for £2, making a total profit of about £300.'

'Historically, our PTA has run a gift room for Father's Day but after holding a Mother's Day tea for the mums at our school, we wanted to do something similar for the dads. We didn't think afternoon tea would appeal to men, but we thought they'd enjoy a doughnut or two, so we created Dads 'n' Donuts Day.

Food and drink made up the majority of the cost. We sourced a bulk purchase of doughnuts at a reduced price from Krispy Kreme and bought some other cakes and sweet treats. We added the event to our PTA Events page so the men could sign up in advance – it was useful to know how much food we would need to provide. We saved money by re-using the decorations, tablecloths, crockery and teapots from Mother's Day.

We held the event on the Friday afternoon before Father's Day. The main hall and dining hall were decorated with children's artwork produced in school the week before. As our guests arrived, we ticked their names off against the booking list and children were collected from their classes by members of staff.

Adults and children alike could help themselves to as much tea, coffee, squash, doughnuts and cake as they wanted. Throughout the event, guests were attended to by a great team of volunteers who helped refill plates of food and top up tea and coffee pots. They event lasted approximately an hour, and the men genuinely enjoyed spending time with their children.

Instead of charging a fixed fee to attend, we provided donation buckets. Guests were very generous, and we made a profit of £179. Dads 'n' Donuts was the first event we've held with no obligatory charge, but we wanted to give something back to the school community and celebrate the importance of male role models.'

'Our dads-only Scalextric night has been running once a term for four years now. A parent and I both had an interest in Scalextric racing, and I had been running a lunchtime Scalextric club for pupils, which had proved popular. The idea of a "dads-only" evening was to get dads more involved with the school, through an event that would hopefully be of interest and at a time when they were free. Furthermore, funds could be raised! There was some initial trepidation on my part – what if mums felt alienated? What if no-one came? These concerns proved unfounded, as since then there has been no shortage of dads wanting to race!

Our last event took place in November. Dads signed up in advance, paying £10. The race order was drawn up, the track prepared, prizes purchased and the kitchen staff were briefed to prepare the food. On the night, racers arrived at 7pm for a preliminary view of the track and the cars that they would be racing – we change the track layout each time, based on one of the Grand Prix circuits. The score sheet organised the racers so that over four heats and five races each driver raced each of the cars. This kept the race fair since each car performs differently. We provided food: pork pies, black pudding, red onion and sausage rolls. Dads brought their own drinks with them, so we didn't need a licence. Trigger fingers were readied... and they were off!

In the event of a car malfunction the racer was eliminated from that heat! Finishing orders were entered onto a spreadsheet – the data projector hummed away and dads could scrutinise the emerging race order! At 11pm the racing was over and the podium was populated. This was a wonderful event which put me on first name terms with about 50 dads. It did take time to organise, and cars need replacing from time-to-time, however, the outcome has been fantastic with about £200 raised at each event.'

Note: Concerned about upsetting children who don't have fathers in their lives? Encourage children to use the occasion to thank anyone special to them –it isn't restricted to just fathers. We would suggest you take advice from your head teacher if you are in any doubt. 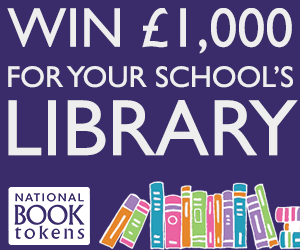 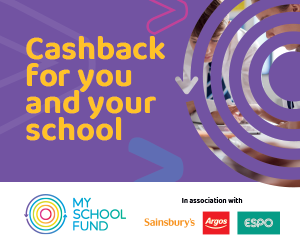 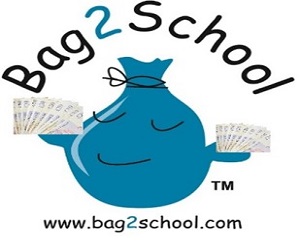