With numerous cultures and religions represented in the UK, how can your PTA fundraising reflect this cultural diversity? 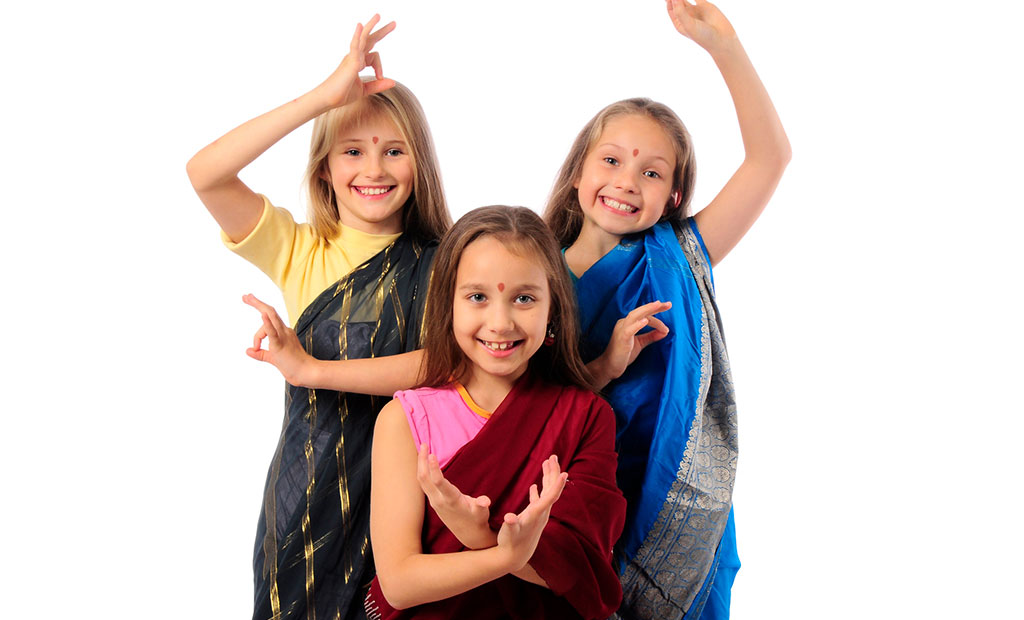 Christmas and Easter are probably two of your busiest times of the year, but at many schools these festivals won't be celebrated by all pupils, so why not hold a fundraiser based around a different festival? While pupils may learn about other cultures in class, dedicating a PTA fundraiser to a cultural event means pupils can experience it in a hands-on way that the school may not otherwise be able to accommodate, and whole families can come together to learn and celebrate.

We've gathered together some examples of events that are commemorated around the world and how these can be translated into a school fundraising setting, but there is so much more to explore beyond this. Do you know which cultures are represented at your school? Invite parents and pupils to come forward to guide the PTA in leading an event that celebrates diversity and creates a more inclusive school community.

Remember: approaching a cultural event you'd like to develop as a fundraiser should always be done sensitively and respectfully. It's an opportunity to teach children and the school community about what happens in other cultures. Make sure the event is a learning experience and doesn't accidentally cause offence. Class teachers can help, as can any members of your school community who represent your chosen culture.

The five-day 'festival of lights' is the biggest festival in India and is celebrated by over one billion Hindus, Sikhs and Jains. Although each religion celebrates different events and legends, the overriding themes are the same - the triumph of good over evil, light over darkness and knowledge over ignorance. The festival takes place in October or November, depending on the cycle of the moon, and each day is dedicated to a different celebration, with the main celebrations traditionally held on the third day.

Incorporating Diwali into an event is a fantastic opportunity to celebrate Indian culture. Decorate your venue with bright colours and encourage guests to wear colourful, Indian-inspired outfits. Have performances of traditional dance and music. Diwali is the most popular time of year for shopping in India, so get pupils together beforehand to make handicrafts to be sold at the event. These can include diyas, which are small clay lamps used as decor during Diwali. Invite external craftspeople and speakers who can teach attendees about Diwali, including how the different Hindu Gods link to the celebrations, how to put on a sari and about traditional pastimes such as henna design and yoga. For refreshments, desserts are popular during Diwali and include deep-fried dumplings, rice pudding and fudge-like sweets. Create a craft table where children can create a rangoli - a decorative pattern traditionally made with colourful rice flour. For a more permanent souvenir, invite them to make patterns with crayons on paper or using Hama beads. If you want to end the evening with a bang, Diwali is usually commemorated with firework displays.

Chinese New Year, or 'The Spring Festival', celebrates the beginning of the Lunar New Year, meaning it can fall any time between 21 January and 20 February. Each year is named after one of the 12 Chinese zodiac animals - rat, ox, tiger, rabbit, dragon, snake, horse, goat, monkey, rooster, dog and pig.

The celebrations culminate in a lantern parade, which can be the basis of your event. The lanterns, plus celebratory clothing and other decorations, are usually red, representing good luck. Pupils can make lanterns in class, as well as other crafts inspired by the zodiac animals. You could also incorporate dragon dancers, who perform while holding poles that support a long model dragon, or a lion dance, performed by two people inside an elaborate costume. Add music with a performance of Chinese drumming. Alongside the parade, have craft stalls where children can decorate lanterns, drums and paper cut-outs.

Chinese lanterns often have riddles written on them for children to solve, so write riddles on the lights around your event and give children sheets to fill in with the answers. When they return them, reward participants with a red envelope - traditionally, these are filled with money, but sweets will be more economical.

Hanukkah is the Jewish festival of lights. The date changes each year, but it always falls during November or December. 'Hanukkah' means 'rededication' and celebrates a miracle that occurred during the rededication of the Holy Temple in Jerusalem. The festival lasts for eight days and involves lighting candles and lamps in honour of the miracle of the oil in the temple.

A popular pastime during Hanukkah is playing with a dreidel, which is a cross between a spinning top and a dice. The game begins with each player having an equal number of an item, such as tokens or sweets. Each player begins by placing one of these into the middle. They then take it in turns to spin the dreidel, and the symbol it lands on dictates what happens next. 'Gimel' means the spinner gets all of the items in the middle, 'nun' means they get nothing, 'he' means they get half, and 'shin' means they must put another item into the middle.

Invite attendees to mix and play together, in the style of a beetle drive. Charge a set price to attend, and give all attendees an equal number of playing pieces when they arrive. Award prizes based on how many tokens they have left at the end of the event. Fried food is often eaten at Hanukkah - offer latkes (a type of potato fritter) or doughnuts.

Otherwise known as the 'Festival of Colours', Holi is a two-day Hindu festival that celebrates the end of winter and beginning of spring. The first day is marked by gathering around the bonfire to symbolise the legend of Holika and Prahlad and the triumph of good over evil, but it's the second day you might be more familiar with. This is when crowds come together to throw perfumed powder known as gulal, representing the love between the Hindu Gods Radha and Krishna. Each colour represents something different - red is love, blue is Krishna, yellow is turmeric and green is spring, although other meanings are sometimes applied.

A colour run is a great basis for a Holi event and can be enhanced with other popular elements of the festival. Position volunteers along the course to throw coloured powder, and invite children to squirt runners with water pistols to help the powder stick. Invite along a troupe of Dohl drummers and Indian dancers and gather everyone together afterwards with packets of powder to sing and dance in a spectacle of colour (make sure there's a photographer!). Afterwards, serve traditional refreshments such as sweet dumplings and lassi, which will be a welcome reward for your runners.