Thinking about holding a May fair? These PTAs successfuly raised funds while dancing round the maypole. 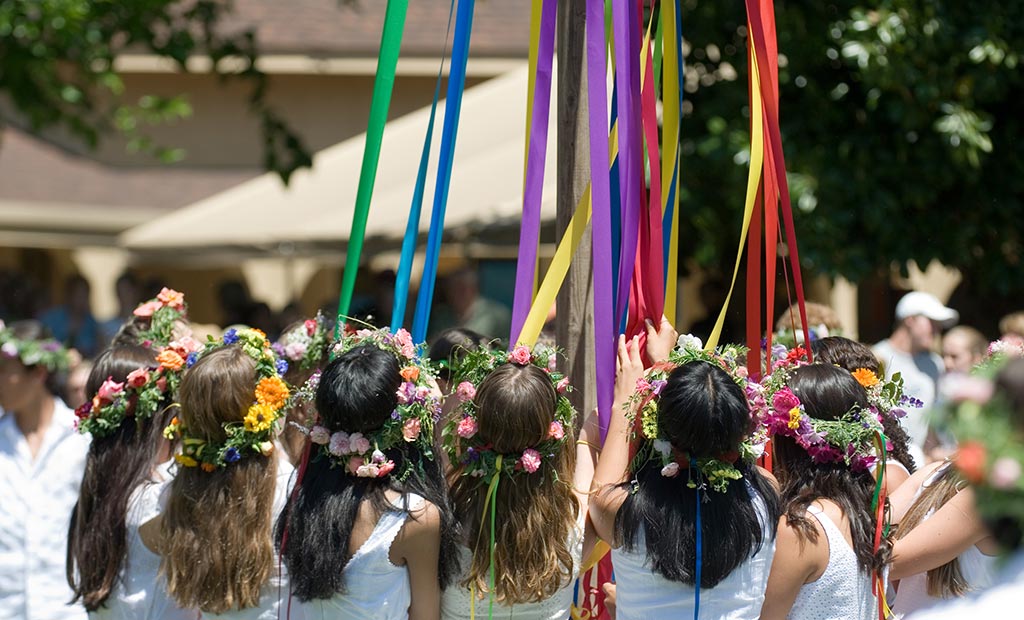 'Every year, we run two stalls at our local village May Fair. It is a community event, so people are generally quite keen to support the local school. Traditionally we run a bottle tombola and a 'smasher'.

In the run up to the event, we agree a non-uniform day with our school and the children bring a bottle of something drinkable as payment. We get a huge selection of donations from a bottle of water to bottles of spirits - this really adds to the fun, as you never know what you might win! A couple of members of the PTFA spend an hour or so labelling up the bottles and folding tickets. The smasher does not need much preparation beforehand, as it's simply a case of collecting crockery than can be smashed. We contact parents asking for donations via ParentMail and social media. Local charity shops always tend to have old crockery, too.

On the day itself, we have rotas in place for our volunteers and hour slots for everyone. The setting-up and clearing away of the stalls takes time, especially the smasher. The more volunteers you can get, the easier it is for everyone. This year was our best year for volunteers, so we are hoping this continues.

Our only outlay is paying for the stall, but we have a mutual agreement with our local Scout group (who run the May Fair) that we only charge each other half the going fee for stalls at each other's events. Over the last couple of years, we have managed to raise over £500 on the two stalls!'

'Our medieval fete was the culmination of a term-long, school-wide curriculum project on Castles. The event began with school children doing traditional Maypole dancing, which was followed by a homemade trebuchet competition, which entailed homemade catapults flinging tennis balls as far as possible! Throughout the fete (2-5pm on Saturday 18 May), we had a variety of medieval and traditional fete activities, including:

The medieval fete attracted about 500 attendees. We spent about £500 and made over £1,500 profit. The fete was a great success (attracting roughly twice as many attendees as the previous year). We put this down to having a strong and interesting theme, running an effective marketing campaign - What's On, Facebook, tweeting local organisations and asking them to retweet, flyers in every village shop, community notice board and preschool within a ten mile radius, and signs on the main road. We also have a very strong school community and a supportive and empowering head teacher.'